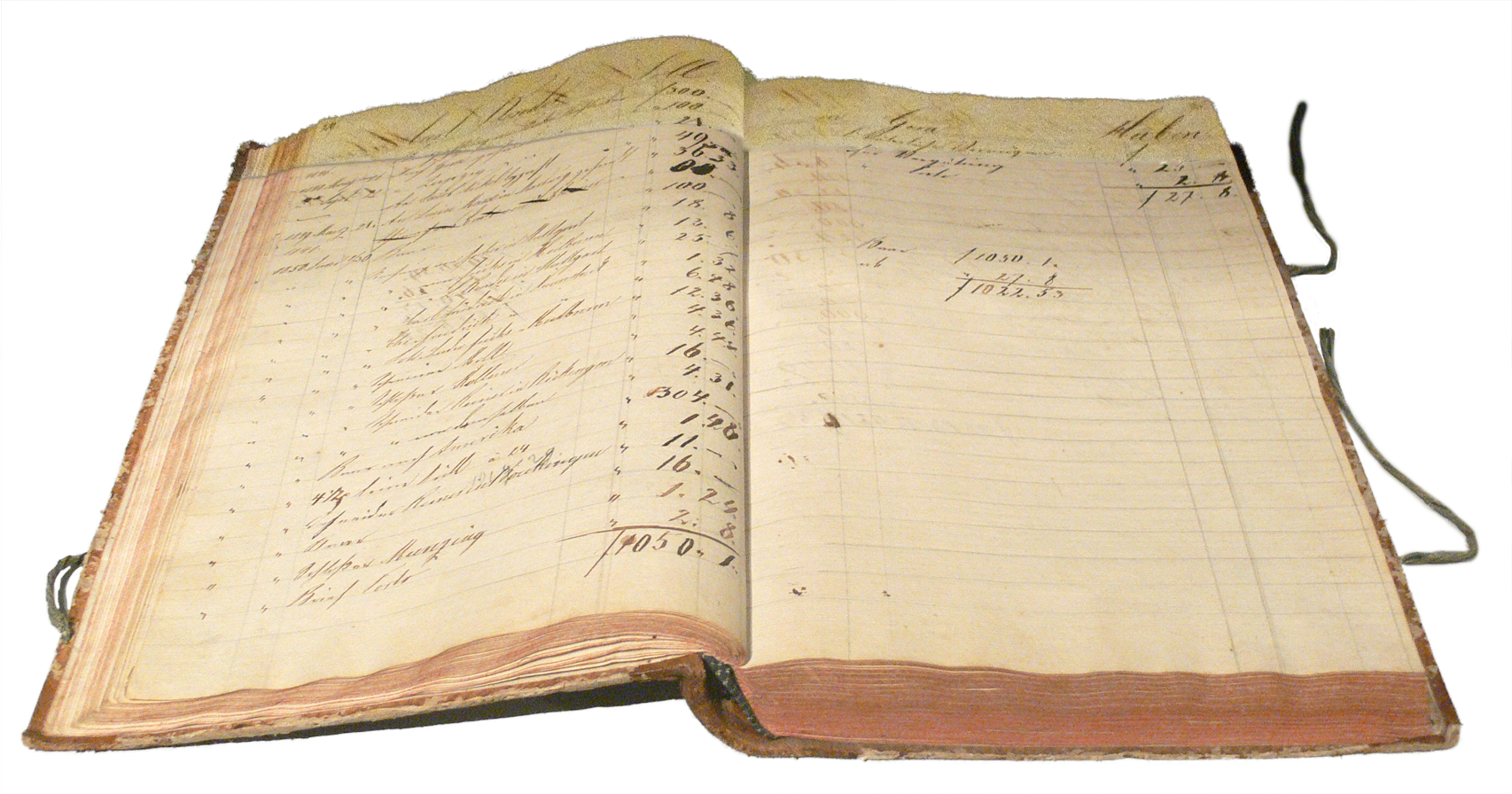 Double-entry bookkeeping, in accounting, is a system of bookkeeping so named because every entry to an account requires a corresponding and opposite entry to a different account. The double-entry has two equal and corresponding sides known as debit and credit. The left-hand side is debit and right-hand side is credit. In a normally debited account, such as an asset account or an expense account, a debit increases the total quantity of money or financial value, and a credit decreases the amount or value. On the other hand, for an account that is normally credited, such as a liability account or a revenue account, it is credits that increase the account’s value and debits that decrease it. In double-entry bookkeeping, a transaction always affects at least two accounts, always includes at least one debit and one credit, and always has total debits and total credits that are equal. This is to keep the accounting equation (below) in balance. For example, if your business takes out a bank loan for $10,000, recording the transaction would require a debit of $10,000 to an asset account called “Cash”, as well as a credit of $10,000 to a liability account called “Bank Loan”.

The accounting equation is an error detection tool; if at any point the sum of debits for all accounts does not equal the corresponding sum of credits for all accounts, an error has occurred. However, satisfying the equation does not guarantee that there are no errors; the ledger may still “balance” even if the wrong ledger accounts have been debited or credited.

Double-entry bookkeeping was firstly pioneered by the Romans and in the Jewish community of the early-medieval Middle East. In the 70 AD Plinius the Elder described the structure of the “Tabulae Rationum” as “On one page all the disbursements are entered, on the other page all the receipts; both pages constitute a whole for each operation
of every man”.
Jewish bankers in Cairo used a double-entry bookkeeping system which predated the known usage of such a form in Italy, and whose records remain from the 11th century AD. The Italian merchants likely learned the method from their interaction with ancient Indian merchants from the sea trade; their double-entry system was founded on a “Jama-Nama” system which had debits and credits in a reverse order. The oldest European record of a complete double-entry system is the Messari (Italian: Treasurer’s) accounts of the Republic of Genoa in 1340. The Messari accounts contain debits and credits journalised in a bilateral form, and include balances carried forward from the preceding year, and therefore enjoy general recognition as a double-entry system. By the end of the 15th century, the bankers and merchants of Florence, Genoa, Venice and Lubeck used this system widely.

However, the double-entry accounting method was said to be developed independently earlier in Korea during the Goryeo dynasty (918-1392) when Kaesong was a center of trade and industry at that time. The Four-element bookkeeping system was said to be originated in the 11th or 12th century.

The earliest extant accounting records that follow the modern double-entry system in Europe come from Amatino Manucci, a Florentine merchant at the end of the 13th century. Manucci was employed by the Farolfi firm and the firm’s ledger of 1299-1300 evidences full double-entry bookkeeping. Giovannino Farolfi & Company, a firm of Florentine merchants headquartered in Nimes, acted as moneylenders to the Archbishop of Arles, their most important customer. Some sources[which?] suggest that Giovanni di Bicci de’ Medici introduced this method for the Medici bank in the 14th century.

Luca Pacioli, a Franciscan friar and collaborator of Leonardo da Vinci, first codified the system in his mathematics textbook Summa de arithmetica, geometria, proportioni et proportionalita published in Venice in 1494. Pacioli is often called the “father of accounting” because he was the first to publish a detailed description of the double-entry system, thus enabling others to study and use it.

In pre-modern Europe, double-entry bookkeeping had theological and cosmological connotations, recalling “both the scales of justice and the symmetry of God’s world”.

In the double-entry accounting system, at least two accounting entries are required to record each financial transaction. These entries may occur in asset, liability, equity, expense, or revenue accounts. Recording of a debit amount to one or more accounts and an equal credit amount to one or more accounts results in total debits being equal to total credits when considering all accounts in the general ledger. If the accounting entries are recorded without error, the aggregate balance of all accounts having Debit balances will be equal to the aggregate balance of all accounts having Credit balances. Accounting entries that debit and credit related accounts typically include the same date and identifying code in both accounts, so that in case of error, each debit and credit can be traced back to a journal and transaction source document, thus preserving an audit trail. The accounting entries are recorded in the “Books of Accounts”. Regardless of which accounts and how many are impacted by a given transaction, the fundamental accounting equation of assets equal liabilities plus equity will hold.

There are two different ways to memorise the effects of debits and credits on accounts in the double-entry system of bookkeeping. They are the Traditional Approach and the Accounting Equation Approach. Irrespective of the approach used, the effect on the books of accounts remains the same, with two aspects (debit and credit) in each of the transactions.

Each financial transaction is recorded in at least two different nominal ledger accounts within the financial accounting system, so that the total debits equals the total credits in the general ledger, i.e. the accounts balance. This is a partial check that each and every transaction has been correctly recorded. The transaction is recorded as a “debit entry” (Dr) in one account, and a “credit entry” (Cr) in a second account. The debit entry will be recorded on the debit side (left-hand side) of a general ledger account, and the credit entry will be recorded on the credit side (right-hand side) of a general ledger account. If the total of the entries on the debit side of one account is greater than the total on the credit side of the same nominal account, that account is said to have a debit balance.

However, as can be seen from the examples of daybooks shown below, it is still necessary to check, within each daybook, that the postings from the daybook balance.

Double-entry bookkeeping is governed by the accounting equation. If revenue equals expenses, the following (basic) equation must be true:

The mnemonic DEADCLIC is used to help remember the effect of debit or credit transactions on the relevant accounts. DEAD: Debit to increase Expense, Asset and Drawing accounts and CLIC: Credit to increase Liability, Income and Capital accounts.

The account types are related as follows:
current equity = sum of equity changes across time (increases on the left side are debits, and increases on the right side are credits, and vice versa for decreases)
current equity = Assets – Liabilities
sum of equity changes across time = owner’s investment (Capital above) + Revenues – Expenses